For this year's Bisexual Awareness Day, we asked Feeld members to share their stories on how they discovered their bisexuality. 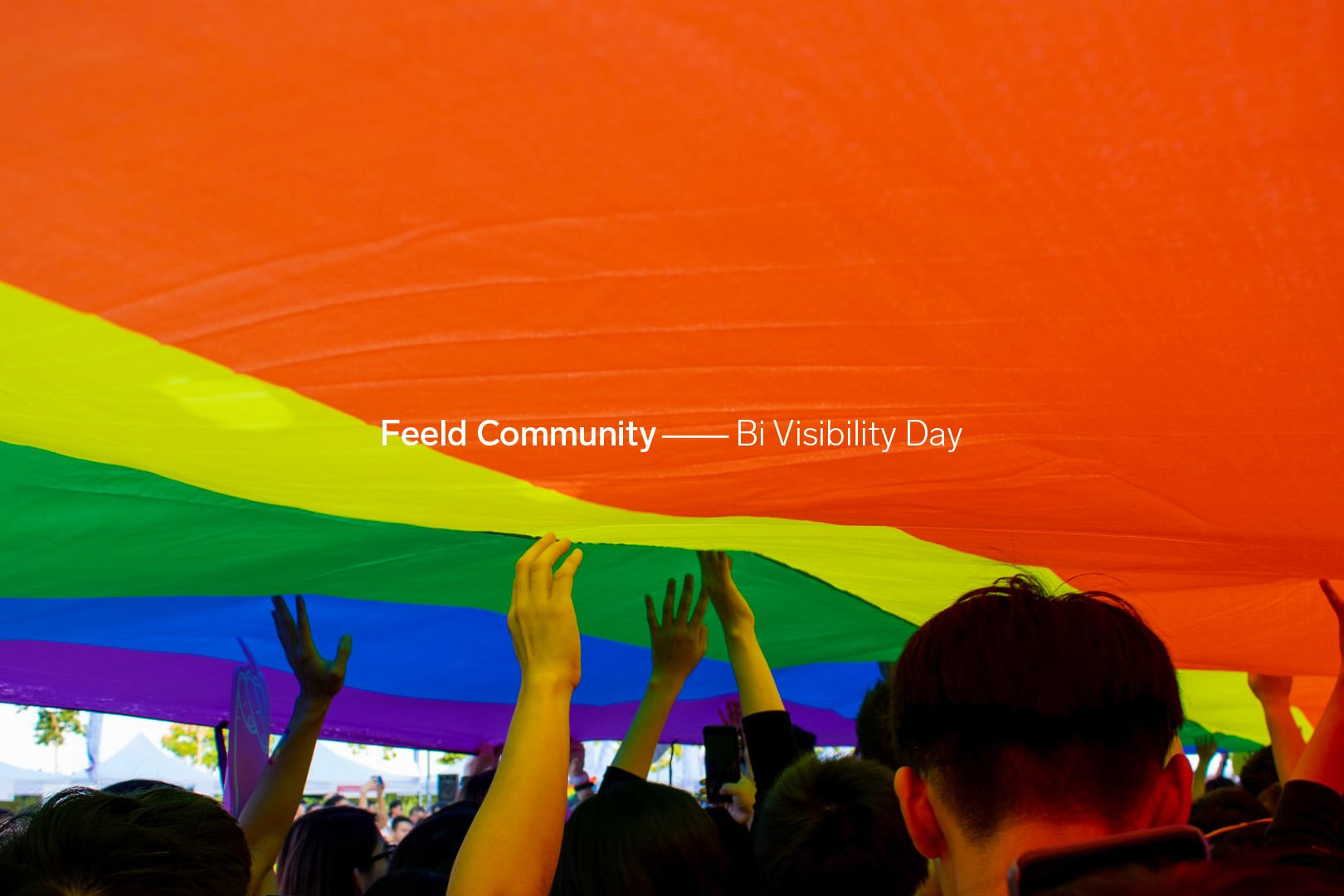 The path to accepting and embracing your sexual identity can be a difficult one. Despite the wide circulation of concepts like fluidity and inclusivity, many sexualities are still stigmatised and policed by arbitrary criteria.

#Biweek and Bisexual Awareness Day (23 September) were founded to raise awareness of the specific challenges faced by the bi+ community, including bi romantic erasure, mental health difficulties and discrimination, sometimes even from those in the LGBT+ spectrum. For Bisexual Awareness Day, we wanted to spotlight your experiences and celebrate your stories. We invited Feeld members to share how they discovered and accepted their bisexuality. Some answers have been condensed and edited for clarity.

‘I had to be straight because if I was attracted to boys then I wasn’t a lesbian!’

I knew I was attracted to women from a young age; I probably have been more sexually attracted to women my whole life. I started dating boys in high school and thought I had to be straight because if I was attracted to boys then I wasn’t a lesbian! There was so much talk about bisexuality just being ‘horny girls’ or ‘she’s just looking for attention’. I never really legitimised it. Anyway, 3 years into my hetero relationship I started crushing on girls again. I am an adult now and care less for stigma, and came out as bisexual. – G., Female, Bisexual

‘I had left stones unturned’

For the majority of my life, I thought I was a lesbian. In my head, knowing I found women attractive had to preclude men in order to prove that I actually was truly gay (or gay enough) to my family, friends, and my community. It didn't feel safe or even possible for me to be Bi.

I found my life partner very young, and she and I married as soon as it was legal. I think I knew back then that I had left stones unturned, but the opportunity to be married and settled with my best friend was not something I wanted to sacrifice or give up. Six years later, a lot has changed. We have both grown and matured as humans and as partners, together and separately. We have embraced non-monogamy and I think the space has allowed us to appreciate each other and the time we have together more. – S., Female, Bisexual

I always knew I was attracted to women too. But besides some drunken kissing during parties, nothing more happened. Through Feeld, I met women, with whom I explored further. Now it's very clear to me that I'm bi. – M., Female, Bisexual

I grew up thinking I was a cis girl, so there was compulsory heterosexuality at play. Then one day I was hanging out with this girl I knew and I made her laugh and I literally had an ‘oh shit I like her’ moment and flipped the hell out (internally lol). I have encountered some stigma. Some girls I would date were really bi-phobic and didn’t want to date me if I also liked dudes. So I would lie and say I just liked girls. Granted, I think it’s easier for me to have relationships with girls.

I only really claimed my bisexuality when I met my husband! He is also a trans guy and neither of us were out when we met (he had already figured out he was trans, I hadn’t). So I thought he was a girl and we started dating and then 2 weeks in he came out to me and was like ‘I’m a boy’. And he was scared I was going to break up with him because I had told him I was a lesbian. But I just sat there for a minute and was like...I like YOU! No matter your gender. Within a year I figured out I was also a trans guy, and we’ve been together ever since! – J., Trans Man, Bisexual

The Stonewall Riots are widely recognised as the birth of the modern gay rights movement. The momentum that was building up to Stonewall and the events after have only strengthened the community. I'm grateful that the gay scene in New York City remains vibrant and vital, however it's not without the downside of making bi culture less visible.

I've had several relationships with guys identifying as gay who said, ‘Oh I remember my bi phase’ or ‘You're gay and you just don't know it’. Speaking with other bi guys, I've found that my experiences are not uncommon. It's unfortunate that some of the LGBTQ community looks down on us that identify as bi, which is why I wanted to share my story. Bisexuality is real. My preferences and orientation are valid. I will not be silent. – J., Male, Bisexual

I knew in kindergarten. I had a crush on a boy and girl at the same time. – J., Non-binary, Bisexual

‘Someone was either referred to as “straight” or “gay”. I didn't really know there was an in-between’

I am a 30-year-old bisexual male who is not publicly out. I am out to my wife and some very close friends and that is it.

I have kept my bisexuality suppressed for a long time for a number of reasons. I think a lot may have been due to lack of education growing up but also fear of how family and friends may react. When I say lack of education, I refer to the fact that someone was either referred to as “straight” or “gay”. I knew I was aroused by other men but I knew I wasn't gay. I didn't really know there was an in-between. It wasn't until I was much older that I realised how wide the spectrum of sexuality is.

In the working class environment I grew up in, there was a lot of homophobia and toxic masculinity which I think forced me to subconsciously suppress these feelings through fear of how people would react. I pushed it down so deep I almost had to hide who I am. I still don't feel comfortable to come out publicly which I struggle with as I really want to; I'm just not ready yet.

I still think there is a lot of stigma attached to male bisexuality. I have yet to have an experience with another male and really can't wait to. It's the main reason why I joined Feeld and hope that when the world goes back to normal I can have lots of bisexual fun! – E., Male, Bisexual

I’ve questioned my sexuality since I was a teenager, and didn’t act on any sexual desires until I was 20. I am male and had some sexual encounters with other men at that age, but decided that I should try being with the women instead. I therefore considered myself straight for much of my 20s, and only in the past 18 months have started to come to terms with being bisexual.

I think that being bisexual was being into men and women 50/50. After speaking to other bisexual people, I have been pleased to learn that not only is 50/50 not necessarily how attraction works, but that how you are attracted to different genders fluctuates over time.

Being able to be comfortable with a fluid sexuality and call myself bisexual has been difficult, but as I continue to explore all parts of my sexuality I am learning to deal with what it means to be bi. What has helped most with feeling comfortable about my sexuality is the acceptance I’ve had from nearly everybody I know. Some people have questioned what being bi means to me, but it has been liberating to talk about it and discover who I really am. – A., Male, Bisexual

Easy. I turned 40. Then I realised how immature denying yourself of your true passions and your true self is. – E., Female, Bisexual

‘It wasn’t until I saw a magazine cover about bisexuality that I even knew the word existed!’

Oh it was a journey. I always knew that I was in some way different but had no idea how to define it. I started to experience clear attraction to men around 17-18 and for about two years had no idea how to resolve it against my attraction and experience with women. It wasn’t until I saw a magazine cover about bisexuality that I even knew the word existed! Finally, after a lot of fighting against myself, I took out a journal and wrote 'I am bi' and it felt so right. – J., Transgender Female, Bisexual 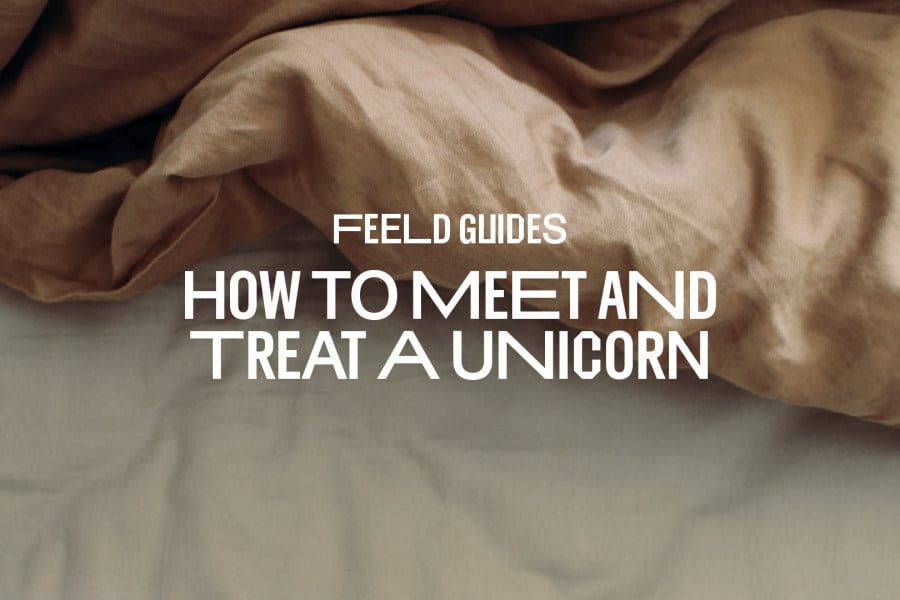 How to meet and treat a unicorn 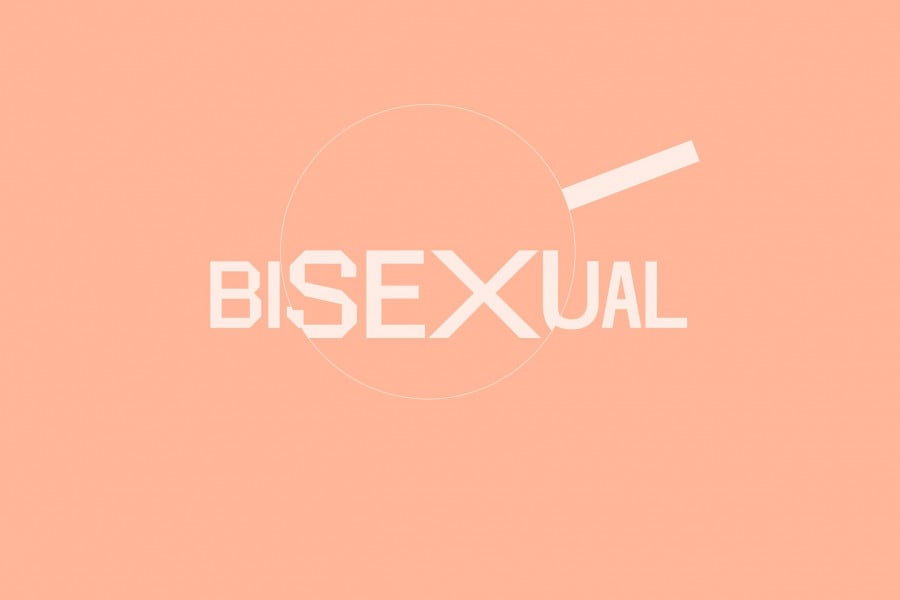