‘Queerness is dreaming beyond the constrictions not just of respectability but of reality.’ Otamere Guobadia looks to the origins of Pride and considers their resonance today. 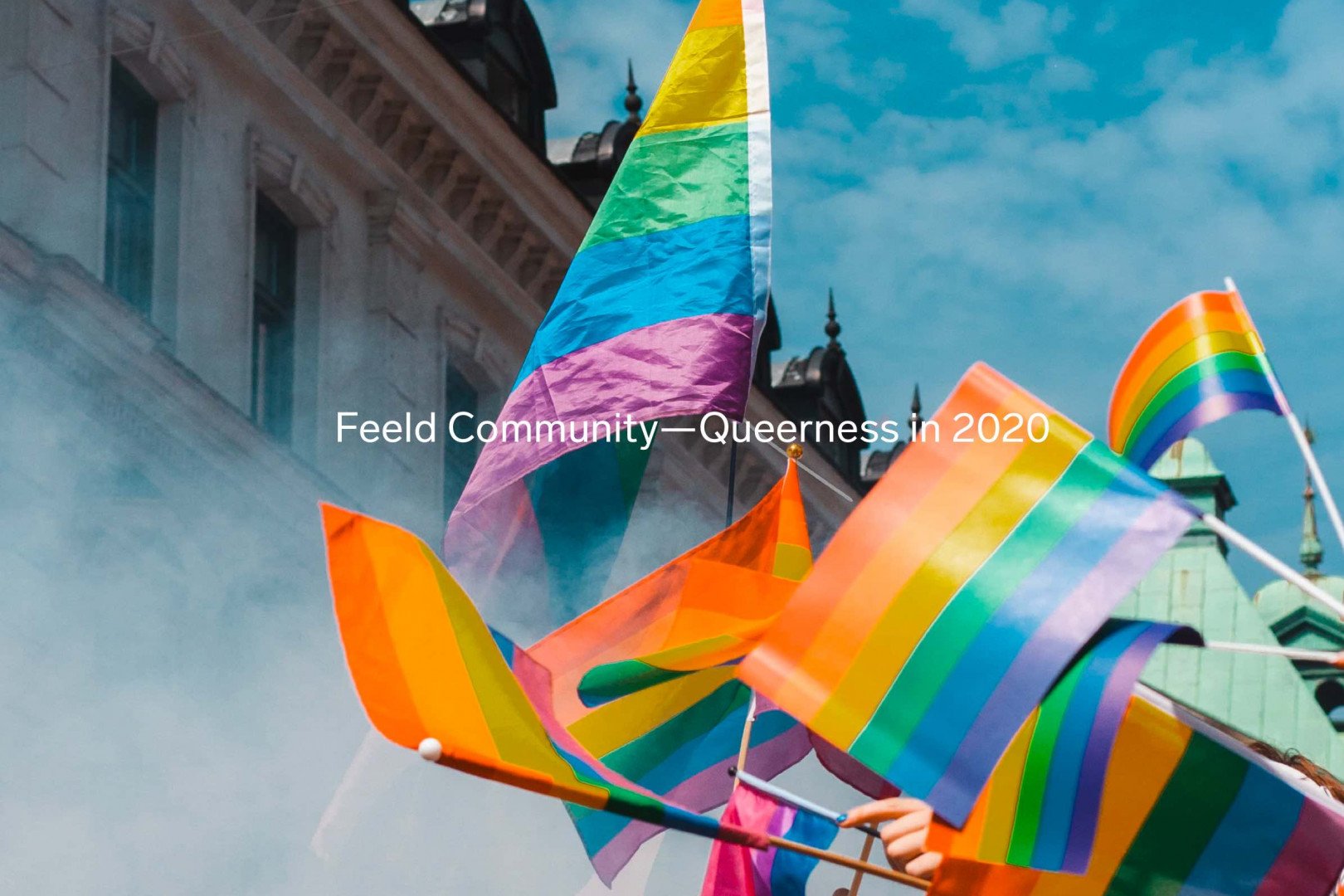 The timing of the Western Pride season is no coincidence. It shares a broad anniversary with the Stonewall riots. On 28 June 1969, at the Stonewall Inn, Pride as we know it was born in an infamous, riotous declaration. In the years since this rebellion, Stonewall operates in day-to-day history as a kind of shorthand – an easily illustrated, spiritual centre of our movement. Many of you will have heard the oft-repeated names of individuals attached to the events of those days of the uprising. Storme DeLarverie, Miss Major,  Marsha P Johnson: magnified figures whose real life stories, lifelong activism and complexity is often simplified in the name of giving our community a cinematic origin. Nearly all accounts of our shining, beloved revolutionary powder keg – and particularly its moment of ignition have long since grown apocryphal. Was it a brick thrown at the police or, more likely, a shot glass at hand? Who threw it? Stormé, Sylivia, Miss Major or Marsha – who claims that when she arrived, the fight back had already begun in earnest?

You will often hear variations of ‘a trans woman of colour threw the first brick at Stonewall’ as received wisdom, often spouted by well-meaning progressives. Our community at large imagines our duties to trans women of colour through a lens of reciprocity: ‘You fought for us, so we fight for you now.’ And yet, it must not be lost on us that the smiling, mythical figure at the centre of this sentiment is Marsha, whose body would be found, a few years later, floating in the Hudson River. It must not be lost on us that after a supposed 50 years of ‘progress’, earlier this month the body of Dominique ‘Rem'mie’ Fells, a Black trans woman, was found mutilated and dumped in the Schuylkill River in Southwest Philadelphia. In the same 24 hours it was reported that Riah Milton, also a Black trans woman, was murdered in an attempted robbery in Ohio. It becomes abundantly clear that when we look at what still happens to so many of our trans siblings  – the disproportionate violence and neglect they face around the world – that liberation did not return her share according to participation. Liberation did not come to all of us.

In the aftermath of the recent deaths of Ahmaud Arbery, George Lloyd and Breonna Taylor, the Black Lives Matter movement has reached an unignorable global fever pitch. Around the world millions of people have been coalescing, marching, and fighting to affirm the freedom and sanctity of Black life, a movement that necessarily must include Black trans lives. They are not just fighting for an end to state-sanctioned violence against Black people, but for the many systemic vehicles of violence  considered ‘normal’ and necessary (prisons, police), to be abolished wholesale. Two of the movement's co-founders, Patrisse Khan-Cullors and Alicia Garza, are both queer Black women. There is no coincidence that throughout modern history, where radical thought did metamorphose into revolutions and demands for rights, it was Black queer and trans people who were on frontlines. Angela Davis, Bayard Rustin, Audre Lorde, Marsha are among the many radical figures who show that Blackness, queerness, transness constellate and organise in ways that not only inform our movements but give birth to our futures. As Davis, а former Black Panther, abolitionist and acclaimed thinker, stated at a recent event: ‘If we want an intersectional perspective, the trans community is showing us the way. The trans community has taught us to challenge that which is perceived to be normal. If we can challenge the gender binary, we can challenge prisons.’

Our community often speaks of those frenzied rebellious nights in 1969 like folk tales around the campfire that we tell before we go to sleep, grateful for our new and safe world. Yet all around us the most vulnerable in our community are without tents or even the warmth of fire. We tell the story of Stonewall, apocryphal and incomplete as it is, as a form or ritual absolution, a mantra by which we signal our goodness, our dear and true love of trans people (and trans women of colour in particular), while ignoring our failures to protect them. It is a bizarrely empty notion to speak of their foundational ‘sacrifice’ in noble terms when we failed to make them safe 50 years ago, and we still fail to make them safe today. It is a failure of imagination that we could make our visions of gay marriage real but not the visibility and safety of the most preyed upon in our community. Our story without praxis for them, however beautiful-sounding,  shades into platitude. Without placing them at the centre of our movement today, demanding the same rights, resources and freedom to tell their stories as they see fit, what we do by invoking Stonewall is only symbolic; only serving to pedestalise them, as we have done with Marsha,  and cast them as revolutionary labourers carrying the hopes and burdens of our movement without recompense

The queer community has come a long way, but this is only the beginning. As long as the least protected of us still face homelessness, racism, transphobia – a life lived in the margins – then our work is not done. In the last few days, in New York, London and beyond, tens of thousands of people marched specifically in defence of Black trans lives. Queerness recognises ‘We’ not ‘I’. For me, queerness – that magical lens through which we peer bravely through – is magical only to the extent of its capacity to dream a world for all of us. Queer thought and queer peoples, hold at their centre the potential to radically reshape the boundaries of our world and our lives as we live them now. Queerness sees a world beyond retribution, beyond carceral logics, beyond capitalism, beyond exploitation, beyond prejudice. Queerness sees a world beyond our tired and stained realities. Queerness is how we move beyond – the very art of queerness is dreaming beyond the constrictions not just of respectability but of  reality.

Queerness in its political finery has always been an ignition – a tearing down of structures and status quo in favour of bolder, newer, more more radical horizons – a renegotiation, a rebuilding, a rehousing of our bodies and our desires. Queerness is inextricable from riot. Queerness says ‘never again’. Queerness is solidarity – it recognises what oppresses one of us, the violences that even the most hidden of us faces, oppresses us all. Queerness is recognising that freedom is collective, not individual.

Queerness is water from the stone. Lazarus from the depths.

In 2019, Feeld created Stonewall 50, a free typeface commemorating the 1969 Stonewall uprising. In lieu of payment, please consider giving a donation to Pride in London or your local LGBTQI+ organisation.

Otamere Guobadia is a London-based multidisciplinary writer whose work focuses on love, queerness, race and desire, and how these phenomena interact and constellate in pop culture.

Self Love and Pleasure 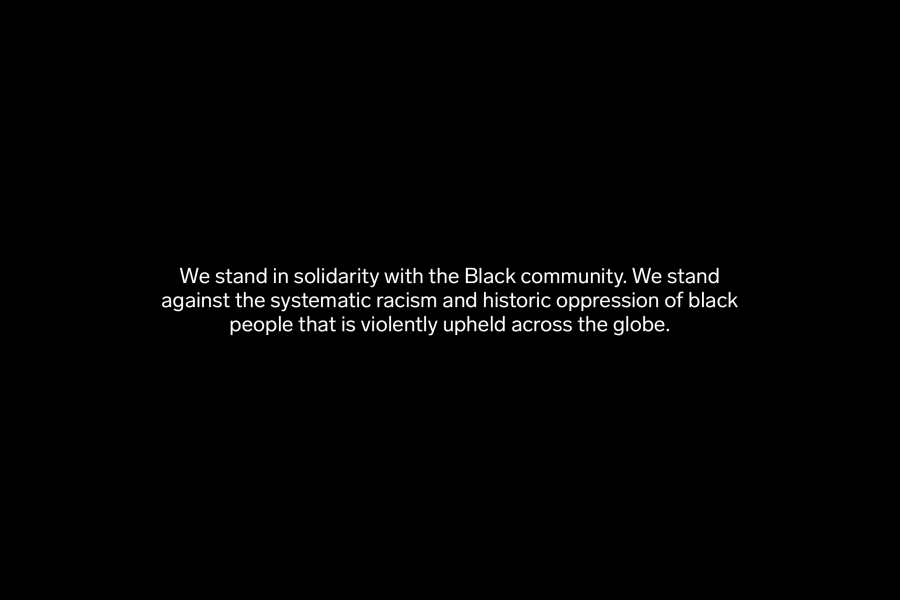