Poet Rachel Long shares three artworks that have been pillars in her understanding of desire in the third instalment of Mal Picks. 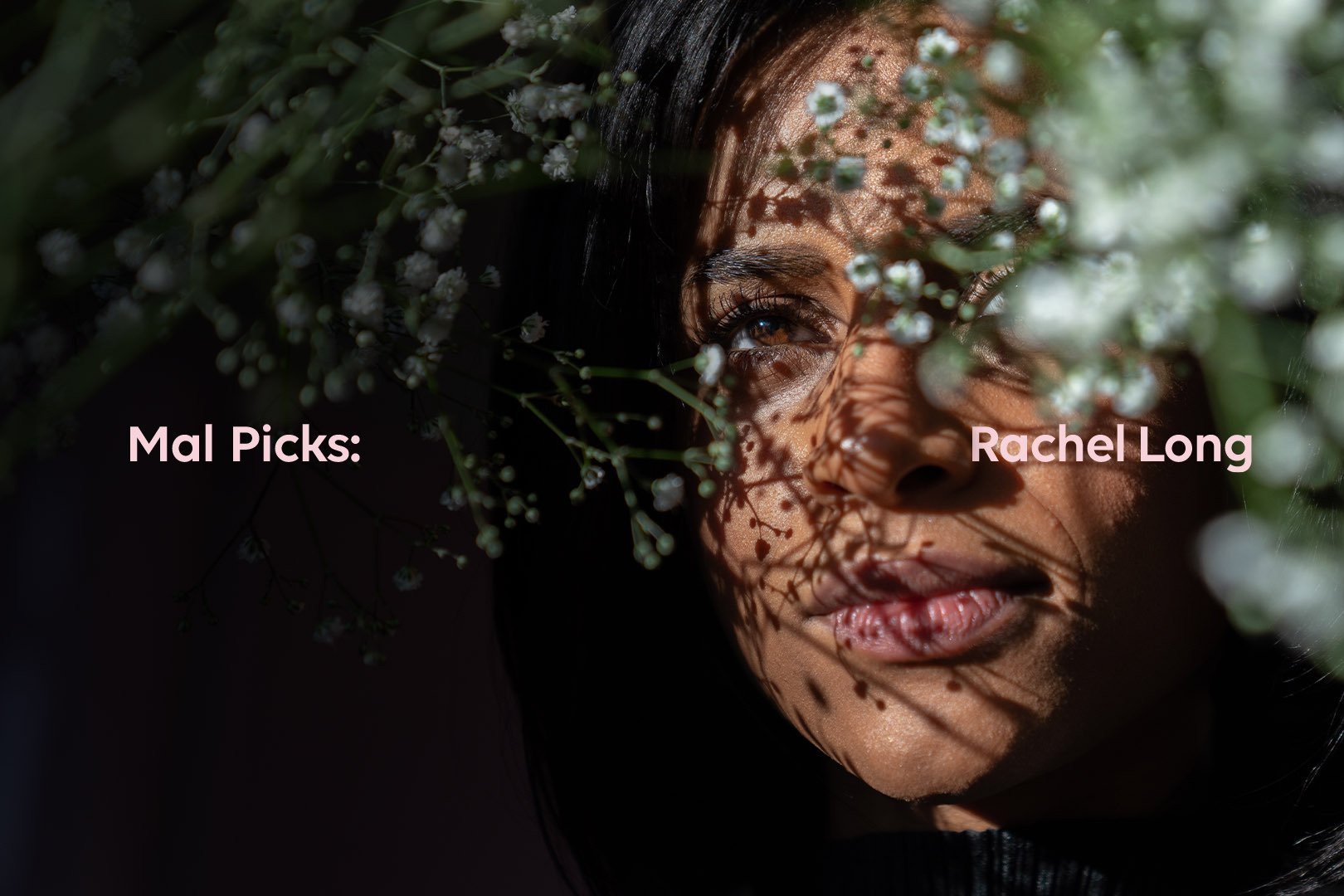 Before my book came out ‘in the world’, and I began to hear other people’s readings of it and answer their questions framed by their readings, I had not realised that I was so driven by desire, that it was such a persistent theme throughout the book.

For example, there is a recurring sequence, ‘Open’, throughout the first section of the book, which I thought was just, you know, a recurring sequence about waking beside another person and them telling you that you sleep wildly, but it was read by multiple readers as glimpses of desire. In other words, what my unconscious self wanted being confronted by what my waking self had.

Other people’s readings have made me look at my book anew, askew, as if I never really knew the thing that sprang from me, not entirely. The way a parent must look at their child sometimes in a moment of surprise and clarity, in wonder that they are both of and not of you.

And so how strange and delightful it is to be confronted with oneself again here (and a previous self not so far removed from my now-self), to introduce my artworks on desire to you now. I am also realising that this list knew me better than I did, it knew already what I found out just the other day: that desire has always driven me, that I have always wanted, demanded so much of love particularly.

So, here is a list of three artworks seminal to me and to my understanding of desire. Of course, I now want to add to this list (I want I want), but for now, here are three glimpses into the wonders of Gustav Klimt’s painting, The Kiss, Caroline Bird’s poem, To Be Explicit, and Deana Lawson’s photograph, Signs.

It is so obviously beautiful, isn’t it? An outrageous depiction of love in gold (and platinum) leaf laid on oils that seem to have been poured and stoppered in Ancient Egypt. The lovers are oblivious to it, the way rich people’s champagne flutes are refilled at a restaurant. But the most expensive thing here isn’t the gold, it’s the way they hold each other. Kneeling together on the verge of dissolution, they are so inside each other it makes me want to shout ‘get a room!’ But they have a room. I’m looking into it.

And so have others. Their display of desire has been reproduced on egg cups, umbrellas, keyrings; sold as giant posters at Fresher’s fairs; Blu tacked to dorm walls. I feel almost as sorry for the lovers as I do for Marilyn Monroe when I see her hanging, dress blowing up, in all-night kebab shops.

I Blu tacked ‘The Kiss’ to the door of my most formative bedroom. It represented the sort of love I wanted. A love in gold-leaf, with all my parts and all my lover’s parts in that kind of harmony. After nearly a decade of not having that poster tacked to my door, I realised that all but one of my examples of love and sex growing up were white (the one being my parents, but like most kids it grossed me out to think about them like that). I’m not saying that it is impossible to imagine ourselves in love or desire if our examples do not look like us, but I wonder what having ‘The Kiss’ and Barbies and EastEnders and Hollywood and 90s boybands and sitcoms and all blonde girl magazines does to a young wannabe lover, a budding romantic, what it eventually does to her heart.

Maybe what makes me love it and yet roll my eyes is not their insularity as a couple but how exclusionary ‘true love’ and timeless desire have always been for me (and so many others, in a myriad of ways). How only certain lovers ever get to be posters, and what damage was already being done in love’s name by the time we noticed.

‘To Be Explicit’, Caroline Bird (from In These Years of Prohibition, Carcanet, 2017)

‘I wana rip you open / like a sack of doves’

is how this tiny earth-moving poem opens. It is the smallest but perhaps the most pack-a-punch poem in Caroline Bird’s fifth collection, In These Days of Prohibition, shortlisted for the T.S Eliot Prize in 2018. I happened to be on a beach when I finished it, and lay there for hours afterwards unable to do anything but look up.

Caroline Bird explores love, sex and desire in ways that are by turn hilarious and thundercloud-like, honest but uncertain, and then absolutely sure. Stepping into her poems I think, oh, good, it’s a love poem, I know/have known love, but then she will teach me about a whole new ventricle of the heart. Things I have heard rumours about, sure, like most heart-folklore, but never felt, until reading her.

‘Signs’ is the artwork I want to buy. Whenever I move to a new house, I imagine it over the mantel. I always want it in the first room of the house − the reception room or at the end of a long, white hallway. Sometimes I imagine the reactions of my visitors. The new neighbours who just ‘popped over’ to say hello and advise me on what days the bins go out. What would they make of the four big black men looking back at them? (And they are all accurately ‘big’, not just in the racist imagination − Lawson’s inkjet print is approximately 53 x 42 inches).

But I don't want them for the shock factor. I want ‘Signs’ because I want to boldly display their kinship and kingliness and strength and dignity. (Notes: interesting how these are all traditional themes and motifs in art – kings, strength etc. – so what should be so shocking about these men? I’m also aware that I have had to avoid writing: ‘hanging them over my mantel’, or ‘owning an artwork depicting four young black men’, even the language about art changes when thinking of this piece.) There are few artworks that make me feel this dual sense of admiration and protectiveness of the subjects. It’s complicated; I am in love with it. 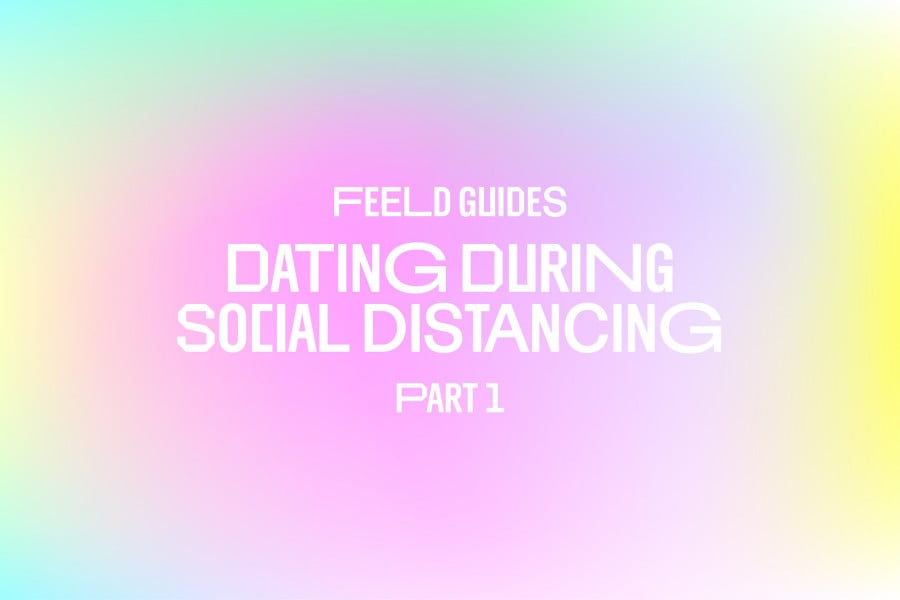 How to date during social distancing 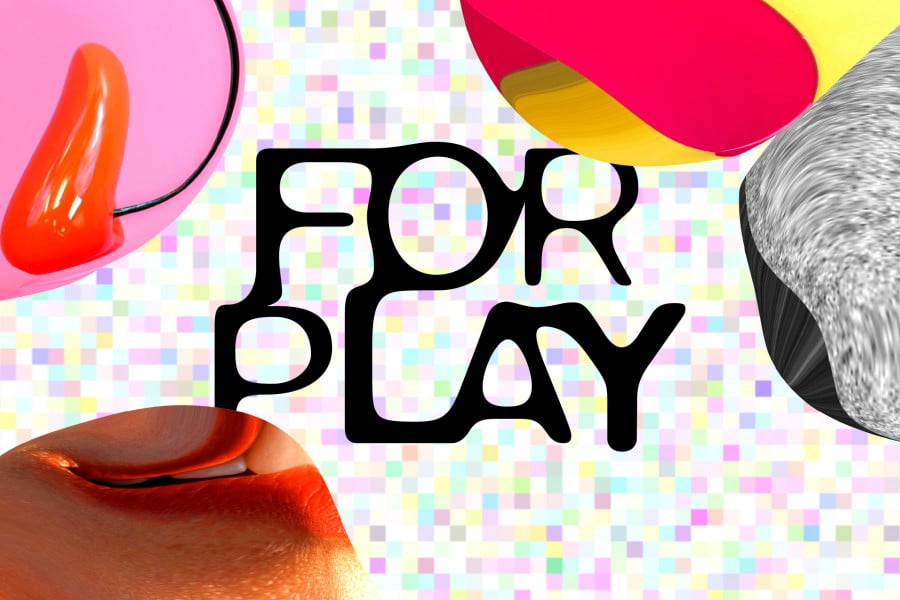 Touching is back. Introducing FOR PLAY