Heteroflexibility is one of many sexuality options available on Feeld. But where did it come from and what does it mean? 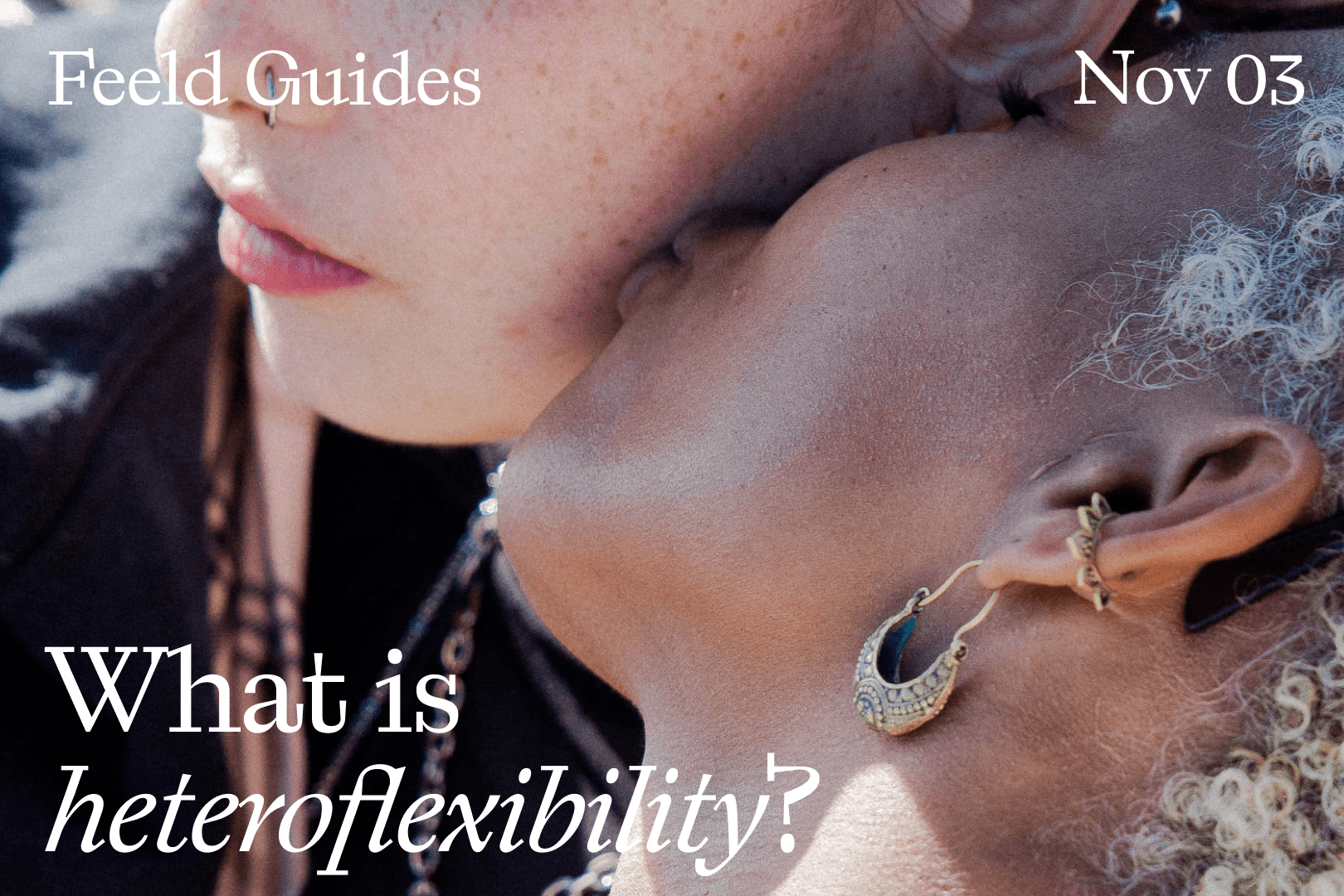 With 12% of women on Feeld identifying as heteroflexible we wanted to take a closer look at the term. Where did it come from – and how does it differentiate itself from other, arguably similar, ways of defining ourselves, such as bi-curious, bisexual, and pansexual? Let’s take a look.

Where did it come from?

The definitive origins of the term are unclear, but it seems to have originated about 2002 in US  college vernacular. It’s a relatively new term, and can encompass a broad range of sexuality – from someone who wouldn’t rule out a same-sex encounter, to those who would describe their sexuality as closer to bisexual.

Heteroflexible people might engage in sexual activity or even relationships with members of the same sex, or they might just be open to it theoretically without seeking it out. It might not even indicate desire necessarily for the same sex, but rather an openness to participating in scenarios involving someone of the same sex regardless of this, such as in a group situation. Or it might indicate desire only under certain circumstances (e.g. a user on Reddit describing their partner’s heteroflexibility as “spaghetti - straight until wet”).

How does the Feeld community use it?

In a recent survey of the Feeld community, humans defining as heteroflexible did so for several different reasons:

Often discourse around heteroflexibility as a term can ask – why not simply refer to a more popular one such as bi-curiosity, bisexuality, or pansexuality? But our experience of sexuality is subjective, and we have the right to identify in whatever way feels best to us. Someone might not even feel they have a “right” to identify as bisexual or another sexuality, as their sense of attraction to the same sex feels significantly weaker to them (or even just situational). They might not identify as bi-curious because they’re not that interested in pursuing something with someone of the same sex, but rather don’t want to rule anything out.

It’s also important to acknowledge that the way we identify at one point might not be the way we identify in the future. Sexuality can be fluid, and it can also be a journey. Heteroflexible might be one stop on a move towards identifying as another sexuality, or it is totally valid to use it permanently. And heteroflexibility as a term does not invalidate other terms, or how other people choose to identify. The fact that there are so many terms, which enable us to voice our authentic experience of sexuality as we understand it and experience it, in all its variety and nuance, should be something that we celebrate.

One of the reasons people may choose to identify as heteroflexible rather than another sexuality can be due to biphobia (prejudice against those who identify as bisexual). This is not to say that heterosexuality as a sexual orientation is aligned with biphobia, but rather that the fear of experiencing biphobia, or knowledge of the prevalence of internalized biphobia and homophobia in our society, can be a deterrent to identifying in this way, especially for cishet men.

A 2016 study found that 63% of women would not consider dating a man who had engaged in sexual activity with another man – even if it was just a one-off. Other questions in the same survey suggested that women saw sexual activity among women differently, with 33% of women in the same survey answering that they had had a sexual experience with another woman. However, on Feeld we found the rate of change in sexuality of men on Feeld from straight to heteroflexible to be almost double the rate of change for women on Feeld making the same change – 17% of men changing their sexuality went from straight to heteroflexible last year, vs only 9% for women.

These ideas can be controversial, and they are often the subject of heated debate. Many in the LGBTQ community see heteroflexible as a term of bi-erasure; conversely, some others see it as a way for humans who primarily identify as straight to avoid co-opting bisexual identity. However, the fact that these attitudes exist culturally shows how complex it can make the decision of identifying – women may feel more free to identify as bisexual or bi-curious, whereas it might feel like a more difficult decision for men. Basically…it’s complicated.

Further thoughts from our community

Recently we posted on social media about this term, which sparked conversation and debate from our followers. Here are some of their opinions to consider.

Some of our community were positive about the nuance it offers, such as @evansperger. “I think it’s awesome. Just like homoflexible. This term allows an element of curiosity outside the lines of official labels. All humans are neatly curious in every aspect of life. Whatever label you want to use should be seen as chalk, not a permanent marker.”

Others, such as @bailalo.brown, elaborated on the problem with biphobia. “Can’t forget biphobia against women too. The number of queer women/femmes/sapphics who won’t engage with a bi woman simply because she’s dating a man is mind-boggling.”

Further delving into why some in the community find it problematic was @c4rr13r, who commented: “According to scholar Kenji Yoshino, there are three main investments that motivate both self-identified homosexuals and heterosexuals to erase bisexuality from LGBT culture. The first of these motivations is sexual orientation stabilization, which is argued to relieve people from the anxiety of possibly having their sexual orientation questioned. This motivation reinforces the belief that bisexuals are simply undecided about their bisexuality and are fundamentally either homosexual or heterosexual, and it isolates, marginalizes, and makes bisexuals invisible within the LGBT community.”

“Folks are not required to prove their identity by means of their dating record to self identify as bi. It’s kind of a major sticking point that we don’t have to prove ourselves,” pointed out @the_girlabides. “Unfortunately a lot of folks would argue this term actually contributes to bi-erasure. I think it’s up to the person to label themselves how they choose, but this one has always rubbed me the wrong way (as a response to biphobia). I do have to point out that bisexuality looks very different to different people, so implying that one needs to seek relationships of any kind or have them in order to be bi is misleading.”

But in the end, as we’ve said, it’s up to the individual how they feel most comfortable identifying. As @tiger_myatt puts it: “I’m here for it. It’s like saying I’m a two on the Kinsey scale.”

Join Feeld now to explore and discover who you are. If you’re reading this on mobile you could even join our new Heteroflexibility group chat, where you can virtually meet like-minded members of the community for debate, friendship, and more. (If you’ve never used Feeld before, first download Feeld using this link and then click on the link again to enter the group chat.) 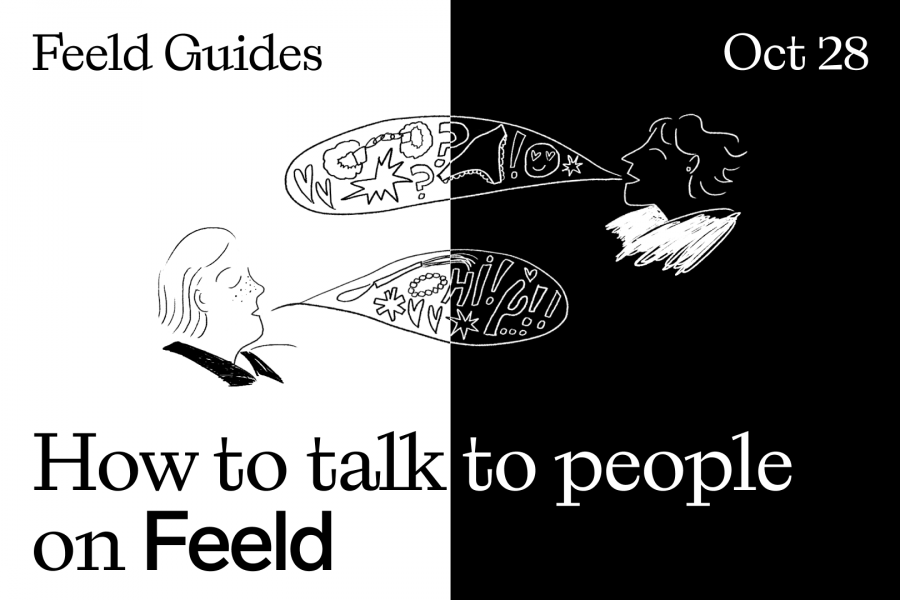 How to talk to people on Feeld 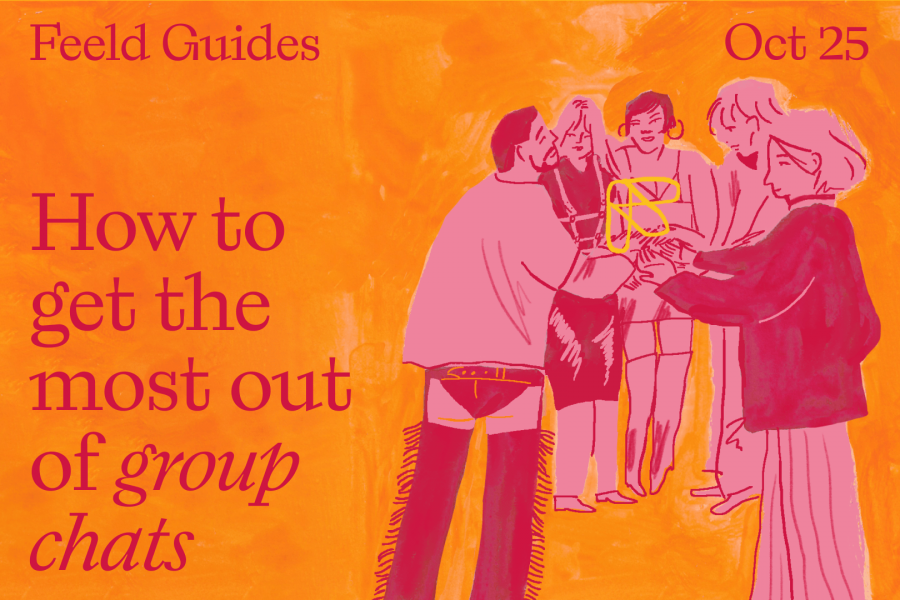 How to get the most out of group chats