We break down the history of the term ‘pansexuality’, from psychoanalysis to glam rock and beyond.

When singer Janelle Monáe described herself as ‘pansexual’ in 2018, it became the Merriam-Webster’s online dictionary’s most-searched word of the day. The term had come a long way since its first appearance in 1914, in the guise of the term ‘pan-sexualism’ in the charmingly-named Journal of Abnormal Psychology.

Today it’s a term increasing in popularity all the time, as people embrace sexual fluidity, reject binaries and redefine what attraction means for them. Pansexual, simply put, means attraction that is not limited by biological sex, gender identity or sexual orientation. Pansexuality can be used by people as a way to expressly indicate a wholly inclusive expression of sexuality and one which also indicates solidarity – an attraction to everyone, regardless of who they are.

Evolution of a concept

The aforementioned 1914 appearance was a criticism of Sigmund Freud’s method of psychoanalysis by a doctor named J. Victor Haberman – specifically the idea that sex motivates all things (hence ‘pan’, the Greek prefix meaning ‘all’). As a psychoanalytic term, it didn’t have the same meaning it has today.

The concept of pansexuality as one distinct from other sexuality labels started to surface in the 1920s and 1930s in the US, with reports of people who ‘loved across labels and boundaries’ in Harlem and Chicago, as well as men in 1930s New York described in George Chauncey’s Gay New York as ‘difficult to argue that they were really homosexuals’ but ‘neither could they plausibly be regarded as heterosexuals’ and ‘nor were they bisexuals’. Instead they were described as ‘men who were interested in sexual activity defined not by the gender of their partner’.

And in People magazine, the novelist and activist Rita Mae Brown discussed her experience of being kicked out of college due to her ‘pansexuality’ in the 1960s, which she defined as ‘I don’t care if I fall in love with a black or a white or a man or a woman or an old or young person. I just care that they have a good heart.’

From prog to progressiveness

In the 60s and 70s, the term started to be used in the mainstream as we know it today, for example in a 1968 Los Angeles Press review of the Andy Warhol film Lonesome Cowboys (‘Warhol is years ahead. Everyone from Buckminster Fuller to Margaret Mead is predicting popular pansexuality by A.D. 2000’), and a glorious sentence in a 1975 issue of The New York Times describing Brian Eno as a ‘bizarre synthesiser wizard with the pansexual image’. Glam rock as a whole was sometimes described as having a ‘pansexual aesthetic’.

The term continued to evolve – for example, in the queer and kink scenes of the 80s and 90s where it began to be used to denote the idea of a person who would be interested in a wide array of sexual experiences, rather than as a term limited to defining someone’s sexuality based on gender. As early as 1974, Alice Cooper describes the concept of pansexuality as ‘the prefix “pan” means that you’re open to all kinds of sexual experiences, with all kinds of people. It means an end to restrictions, it means you could relate sexually to any human being.’

Inclusivity and deconstructing sexuality in the 1990s

As understanding of identity and the popularity of queer theory developed, the definitions and possibilities for the term developed too. According to the book Bisexual and Pansexual Identities: Exploring and Challenging Invisibility and Invalidation by Nikki Hayfield, the term pansexuality in today’s definition ‘came into use during the 1990s, alongside the less recognised pomosexuality (postmodern sexuality)’. Resources from the time state that the term as we know it came about as a response to deconstructing traditional ideas about desire and identity, a response to queer theory and also a gesture of solidarity and inclusion with the trans and non-binary communities.

Pansexuality and the internet

In 2002, the Livejournal community ‘I Am Pansexual’ posted for the first time, and from 2004 onwards, searches for the term ‘pansexual’ began to spike. The internet has facilitated people’s abilities to discover more about who they are, how they wish to identify and to find and expand their communities. In 2010 the Pansexual Pride flag emerged online as one distinct from the Bisexual Pride flag.

These days pansexuality is growing as a term of identification, with many prominent celebrities such as Miley Cyrus and Cara Delevigne identifying themselves as such, and even the first Pan superhero in Deadpool.

Bisexual controversy and the rise of fluidity

It’s been more than half a century since Alfred Kinsey (himself identifying as bisexual) proclaimed that ‘males do not represent two discrete populations, heterosexual and homosexual… The world is not to be divided into sheep and goats.’ Whether sexuality is in fact a sliding scale or more complicated than that, there’s no denying that the growth of different terms allows greater flexibility in how we are able to express and define ourselves. 93.6% of the UK population defined themselves as heterosexual in 2020, a figure which has been declining year on year since 2014.

Where bisexuality fits into this in relation to pansexuality has been controversial at times, but there is room for all kinds of ways to express one’s sexual orientation and the idea of ‘bisexuality’ as a term that upholds the gender binaries is generally seen as an outdated one. Pansexuality isn’t the same as bisexuality, but neither term erases the other. In the end it comes down to identity and the terms which feel most authentic for expressing who we are – terms which are always evolving and growing.

How to create a 🔥 Feeld profile 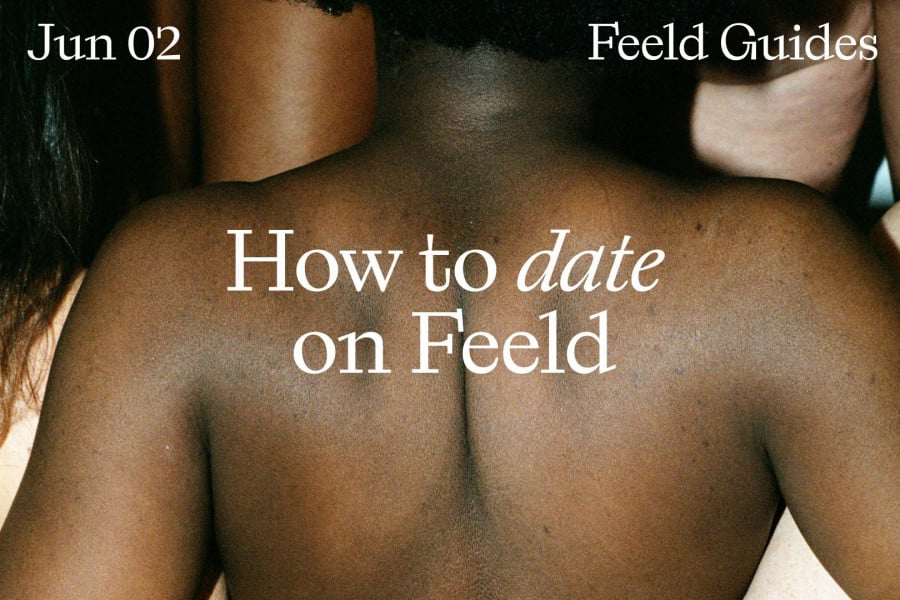 How to date on Feeld