There are many terms and abbreviations in the consensual non-monogamy community, but one of the more controversial is the OPP — the One Penis Policy. Writer Jacqueline Gualtieri breaks it down for us. 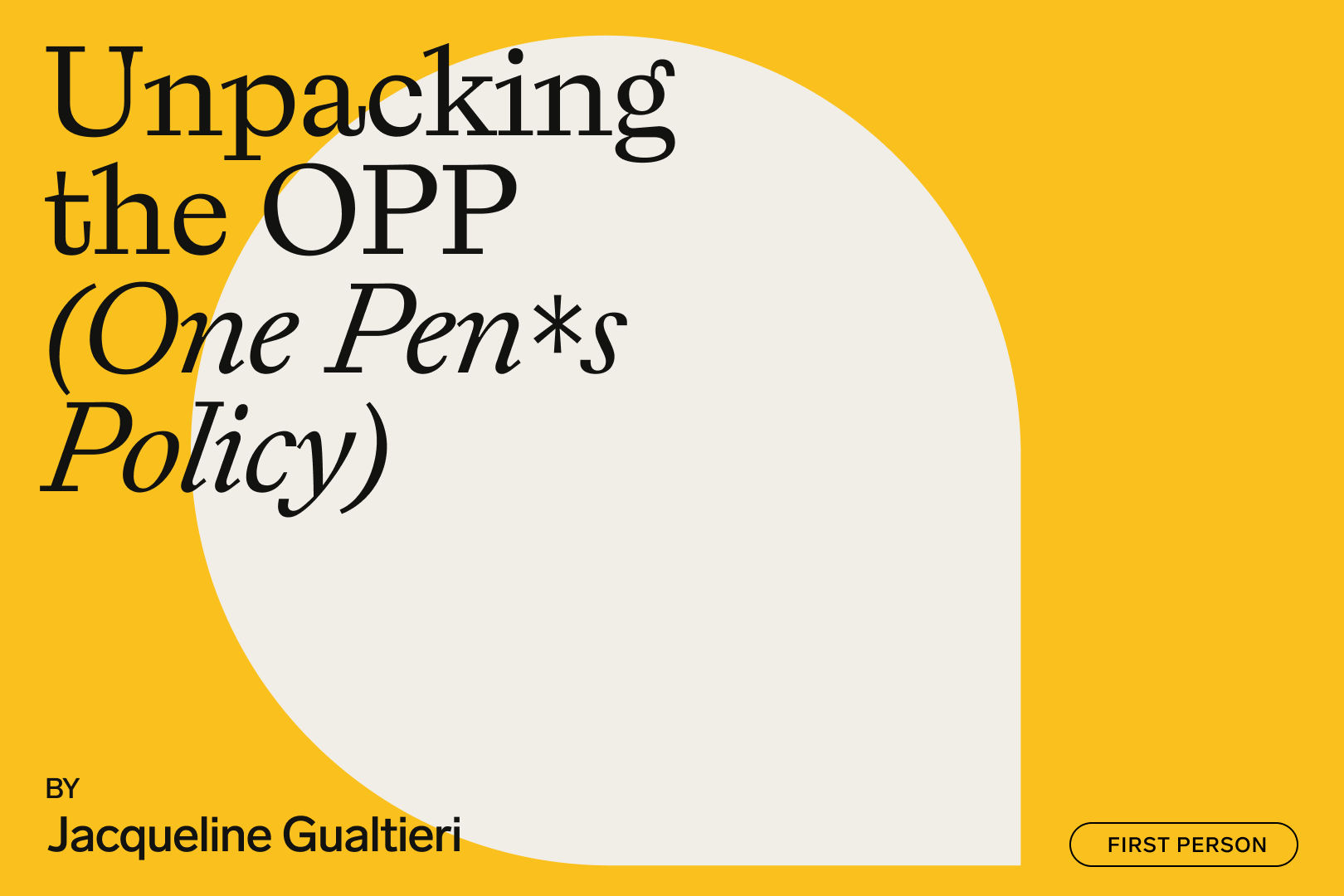 Though I’ve been practicing non-monogamy for about a decade, my first venture into it wasn’t entirely positive; the man I met was happy to continue seeing other women, but I was not allowed to see other men. I was, however – despite not being out as bisexual at the time – allowed to date women. This, although I didn't realise it at the time, was the OPP in action.

Though you might not be familiar with the OPP yourself, if you’ve ever dated a couple (or dated as a couple), you may have encountered the attitude behind it. What exactly does it mean — and why does it exist? Let’s take a look.

The One Penis Policy (OPP) is an agreement made by a couple in a non-monogamous relationship. Most often, the policy is enforced on a bisexual woman in a relationship with a straight, cisgender man. The OPP dictates that the woman can have sexual or romantic relationships with other women — but not other men.

Why is the OPP controversial?

Open relationships are on the rise in the U.S., with one recent poll of more than 23,000 Americans finding that one-quarter of the population is interested in an open or non-monogamous relationship.

But not all open relationships are created equal, and equality is lacking in a relationship where an OPP is a condition. With an OPP, the man in the relationship can usually have sexual or romantic experiences with anyone of any gender, while his partner is limited to only people of the same gender. The decision to implement an OPP is rooted in many troubling issues, particularly the issue of the intersection of biphobia and fragile masculinity.

To enforce the idea that a woman can only have sexual or romantic relationships with other women suggests that the person who wants to implement this rule sees those relationships as lesser than his own relationship with his partner. Those who desire an OPP often say that they feel that another man will take their place, but they don’t see another woman as such a “threat,” which discounts the reality and significance of a same-sex relationship between women.

Between 2008 and 2018, the percentage of bisexual people in the U.S. increased from just over 1% to 3%. That increase mainly came from more women coming out as bisexual. As of 2021, the majority of LGB adults in the U.S. are bisexual, with women being much more likely to be out as bisexual than men. But studies also show that bisexual women in relationships with heterosexual men are less likely to be out publicly. Considering that over 80% of bisexual people are dating someone of the opposite sex, that’s a lot of women who don’t publicly say they’re bisexual.

What’s less fantasy-worthy for men is the idea that their bisexual girlfriend may want to be with another man. The fear of being replaced by another man stems from fragile masculinity, the anxiety felt by men who believe that they’re falling short of socially normative expectations for men.

Studies suggest that fragile masculinity can have many toxic effects on relationships, particularly a breakdown in the ability to communicate. Communication is particularly crucial for starting and maintaining a non-monogamous relationship to ensure that all partners are on the same page. But with fragile masculinity, it may become harder to establish the kind of non-monogamous relationship you want, or to freely express your own desires.

Studies also show that women are more likely to alter their own actions to protect their partners exhibiting fragile masculinity, including faking orgasms and abstaining from offering any negative sexual feedback. Perhaps this reaction to fragile masculinity could be why women accept the OPP in the first place.

Transphobia and the OPP

There’s also the issue of the policy showing signs of transphobia, as the OPP essentially reduces people to their genitals. The OPP ignores the fact that the penis is connected to a living being. It’s generally accepted that when someone says they have an OPP, they mean that the woman in the relationship cannot be with another man. But then, what does an OPP mean for a trans woman who has a penis? Or a non-binary person with a penis? These people are not men, but equating penises with men ignores their gender identities.

Should you and your partner have an OPP?

It’s natural that when people begin their non-monogamous journey that they establish boundaries regarding what can and cannot occur in their relationships, and that these boundaries will be negotiated over time as both parties learn more about themselves and their desires. It’s also natural to feel anxious about the opening up of a relationship, and to react to this anxiety with rules such as the OPP. But while boundaries are essential to consider, it’s also crucial to understand where they come from. An OPP, ultimately, is more than a boundary. It’s a rule that only limits the potential relationships of one of the partners; a rule that comes from a place of control, insecurity, and fear.

Establishing an OPP allows negative emotions to control everyone involved in the relationship—and that’s precisely why it’s  essential to not hide behind an OPP, and instead confront that fear and insecurity. In any relationship, communication is vital, but it’s absolutely paramount when you decide to open up your relationship into consensual non-monogamy. Through honest, upfront conversations, you can work through your fears — together. And in time, you may find that you and your partner no longer feel that the OPP is necessary at all, allowing you to enter into a relationship based on mutual respect, trust, and freedom.

Jacqueline Gualtieri is a non-monogamous writer based in California. 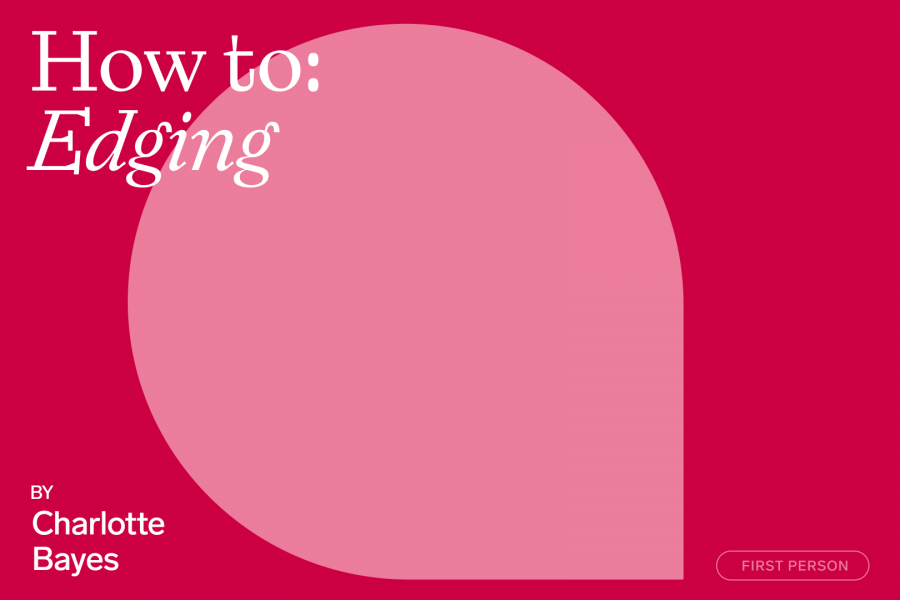 What is romantic vs sexual orientation?